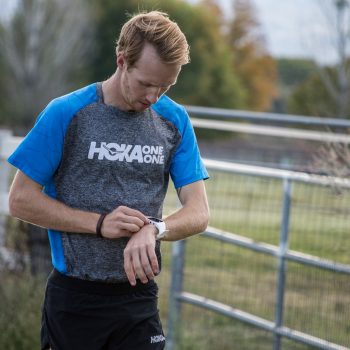 Scott Fauble
Scott (aka “Faubs”) is a proud University of Portland alum, a burrito connoisseur, and one of America’s best marathoners. A three-time NCAA All American at Portland, Faubs joined HOKA NAZ Elite in the summer of 2015. One year later he finished fourth at the Olympic Trials in the 10,000 meters. In 2017, he made his marathon debut at the age of 25, running 2:12:35 at the Mainova Frankfurt Marathon. His next attempt at 26.2 miles, the 2018 TCS New York City Marathon, is chronicled in Inside A Marathon. He finished seventh in New York City in 2:12:28. Then, in April of 2019, he was seventh at the Boston Marathon in 2:09:09–becoming the 11th-fastest U.S. marathoner of all-time. The Boston race is the focus of a bonus chapter in the second edition of Inside A Marathon. 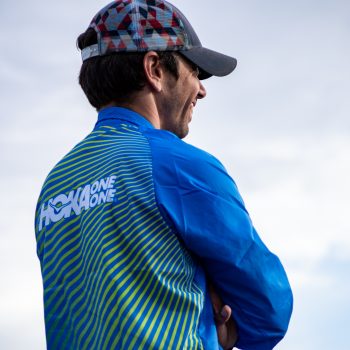 Ben Rosario
Ben has been involved in the sport of running for more than 25 years. He ran professionally for the Hansons Brooks Distance Project from 2003-2005 where he was the youngest qualifier for the 2004 Olympic Trials Marathon. In 2006 he co-founded Big River Running Company, a running specialty store in his hometown of Saint Louis, Mo. At Big River he directed more than 25 events including the USATF Cross Country Championships. He and his wife and daughter moved to Flagstaff, Ariz. in 2012. In 2014, he launched Northern Arizona Elite. Since then, his athletes have won eight national titles, represented the U.S. at the World Championships in Cross Country, the Half Marathon and the Marathon, and finished in the top ten at the Boston, London and New York City Marathons.